If there is a sure-fire way to capture my attention, it's by showing me a game that looks beautiful. Sure, I grew up playing Tetris and Mystery House, so it's not like I'm unaware that ugly games can be good, too; it's just that I believe games should be a treat for your eyes as well as your brain.

While browsing through Steam games late one night, I was instantly sold on nothing other than the art when I first saw Below. It's been on my wish list ever since. Still, until last week, if you'd asked me anything about the game, I would be unable to tell you, but now I can: Below is a beautiful disappointment. A game to be looked at, not played.

Don't get me wrong; I was in love for the first hour or so of Below. Something about the game's gloomy and foreboding atmosphere just spoke to me. Then there was how well everything meshed together, from the enemy and character design to the environment and sound design – everything just worked.

But then I died for the first time, had to start over but without any of my stuff, played for about 45 minutes to get back to my death site, died again two steps from my original body, and I wanted to throw my entire pc out of the window and never play another game again. 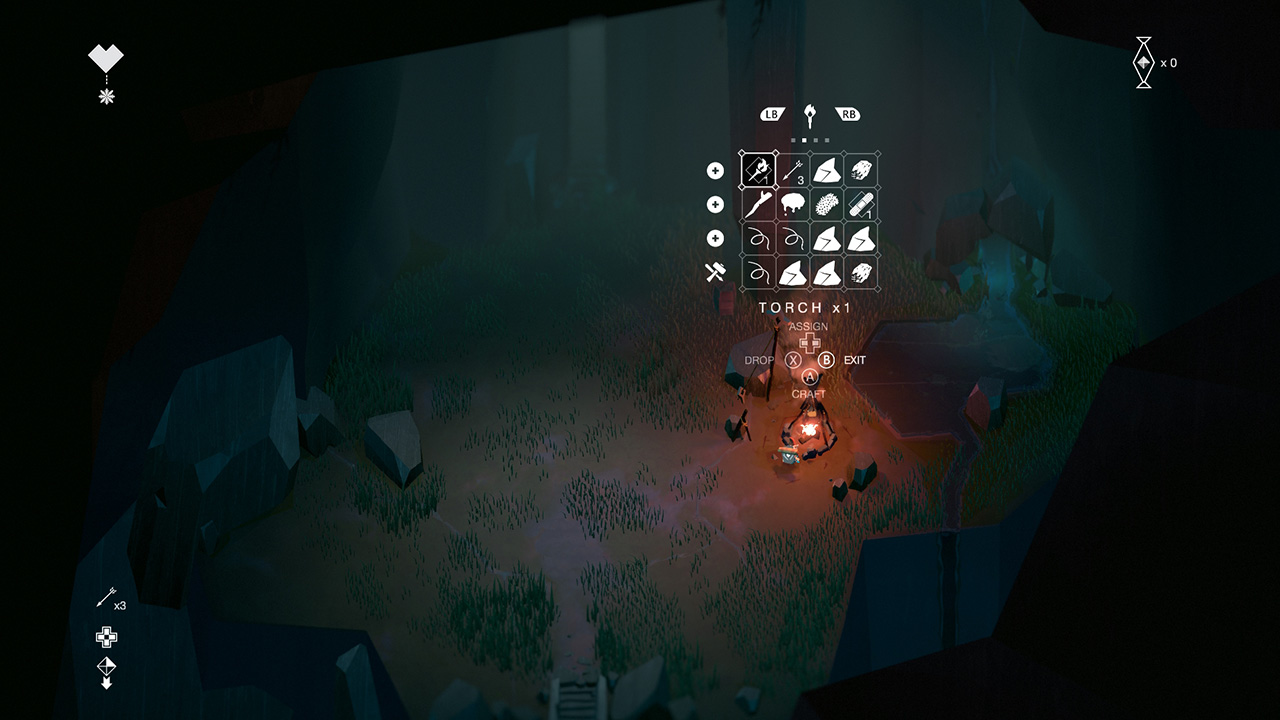 For the record, I'm not particularly a fan of the whole “soulslike” genre. I don't understand where the fun is in dying again and again and again and again. And yes, I should probably just “git gud”, but my inner angry german kid kicks in way before that can ever happen and leaves me more likely to end up in the hospital with heart issues than improving my skills at said game.

So when I first started playing Below and was lulled in by its moody calmness, the last thing I was expecting was a ruthless survival game that would have no issues killing me and then laughing at my corpse. But let me backtrack; I was pleasantly surprised when I first started playing Below. There was a crafting system, some light puzzles and combat that was more entertaining than infuriating - always a good sign. There were also things to find, and if you know me, you know that I love finding things in games.

But then, I died and had no idea what had killed me. It was like some hidden killer had stabbed me in the heart and then disappeared into the abyss. Turns out the one responsible for my senseless murder? me So there's a hunger system in the game. One that I hadn't noticed until it was too late, and after becoming aware of the starvation tracker, my level of fun drastically plummeted. Now instead of exploring each new area, corner to corner, trying to find all that is hidden, I instead found myself running through them like a headless chicken franticly looking for any food lying on the ground to sate the monster in my belly before he decided to have his way with me once more. 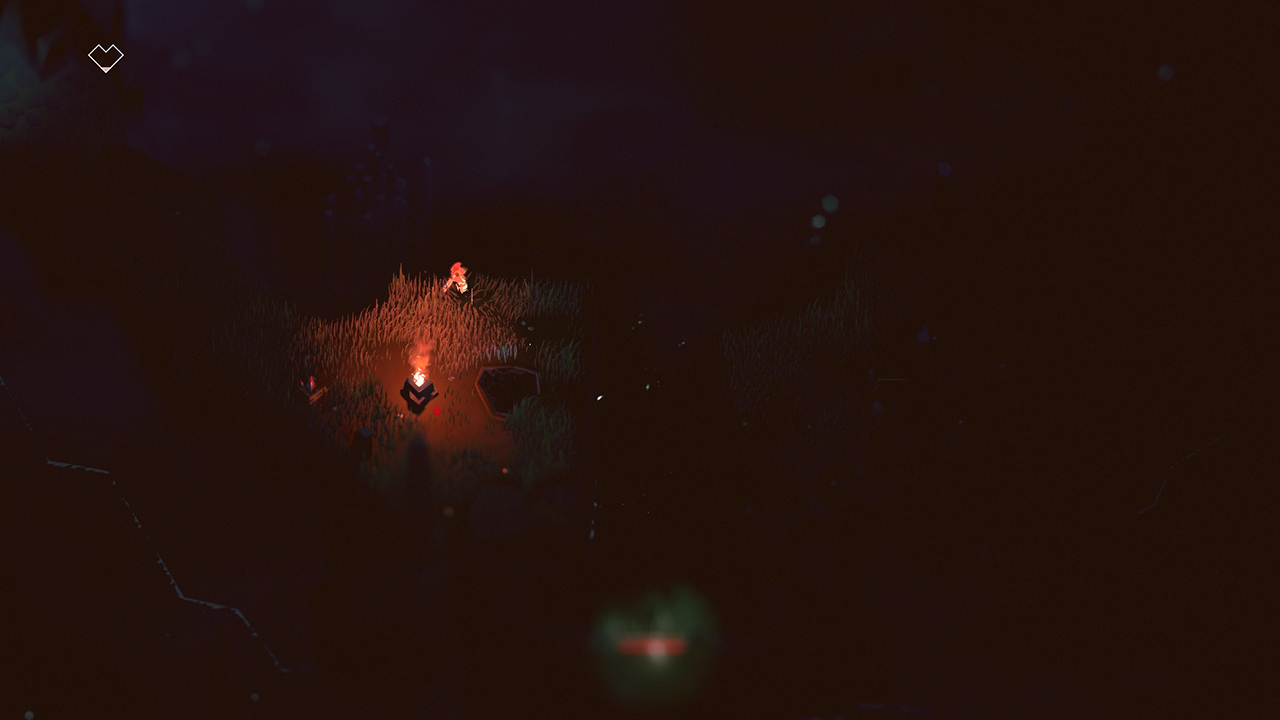 Don't get me wrong; I'm no stranger to games like Don't Starve; it's just that the hunger system in Below feels cheap and like it does nothing than diminish the atmosphere that the game was so desperately trying to create. This hunger system also made the game a grind fast. Because of how brutal the hunger system is and how little floor food is around, I often found myself running around the same areas, killing the same foes repeatedly to prepare enough food to progress.

Then there is another issue, even worse than the cookie monster inside you—your lantern. You go through the game armed with your trusty lantern, a tool used to magically open doors, help defend against some enemies and reveal the shadowy map around you so that you don't plummet off an edge or step into a trap. It's a nifty little tool, really. And it SUCKS when you drop it, which is whenever you die.

Picture this if you want; you just spent the last hour grinding so that you have enough food to progress. You finally head out into the dungeon's darkness, skillfully avoiding all traps in your way. You finally get to an area infested with shadow foes, and despite your best lantern welding efforts, you die. And you drop your lantern.

Now you spawn at a campfire four levels away, you don't have any of the food you spent so long gathering, and you also don't have your lantern making your trip back to your body a slog so painful you probably wish starvation would just put an end to your suffering. Now full disclosure, the game's developers did end up adding an "explore" mode, where you can play the game without any of the survival aspects but while the survival mode is too much, explore is too little. 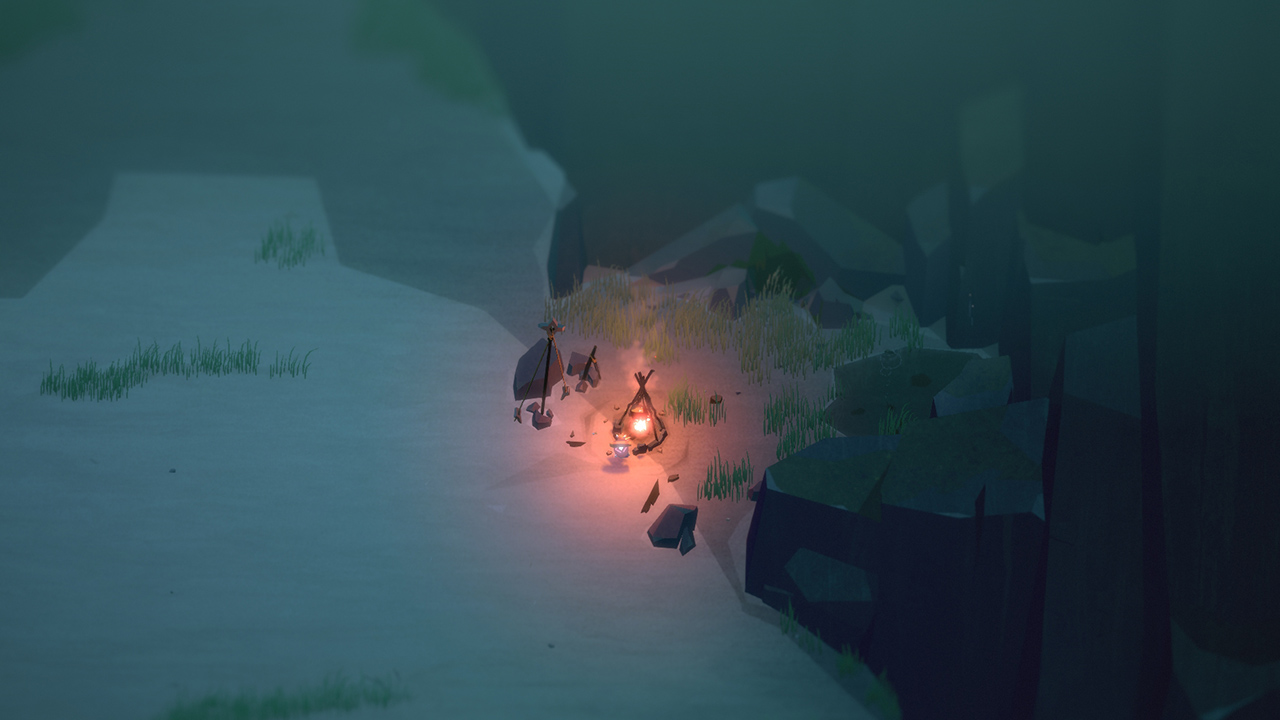 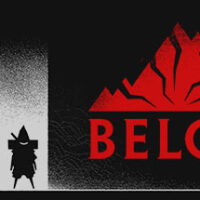 The art is absolutely gorgeous

The game tries to be too punishing for it's own good