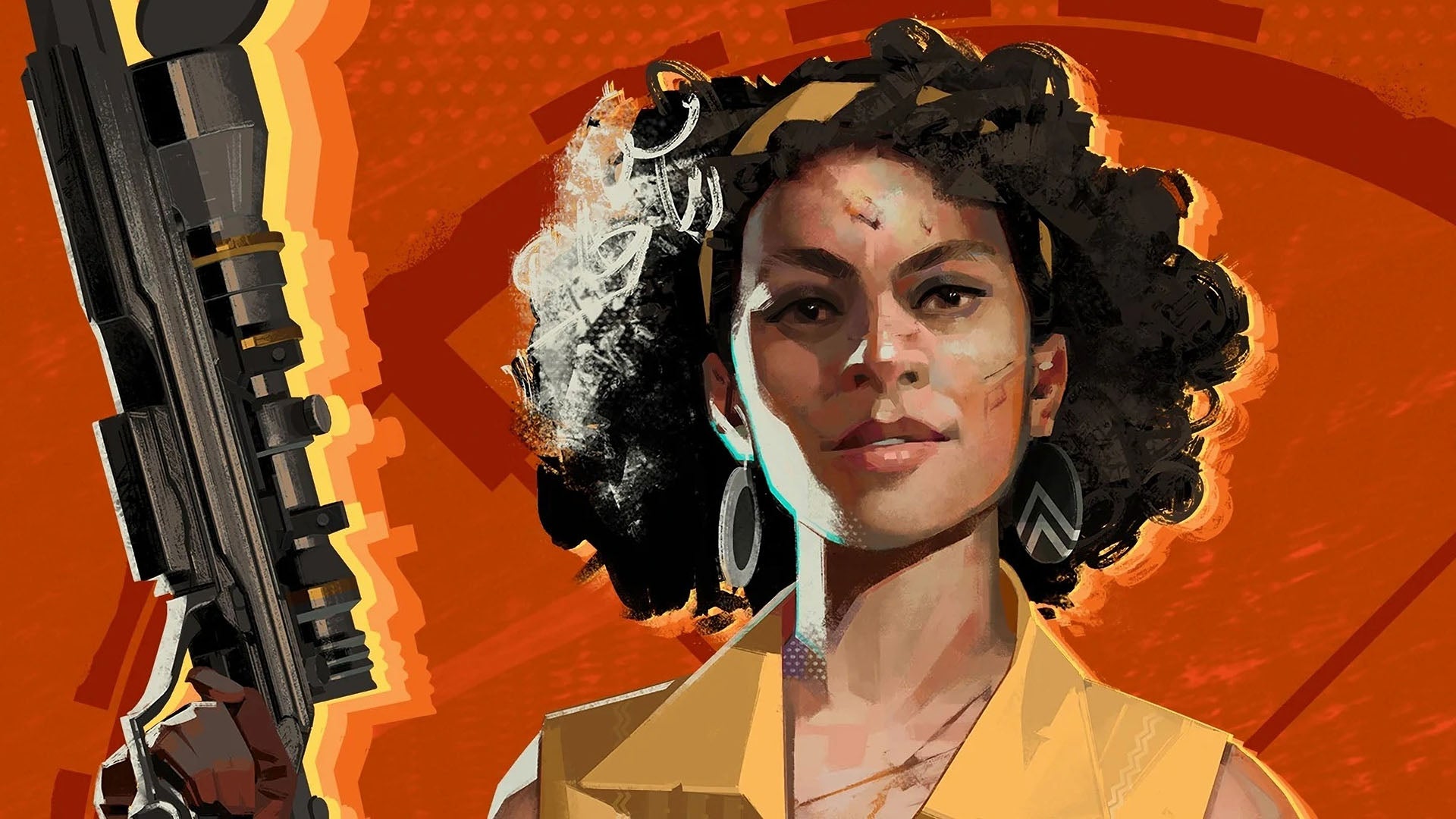 Deathloop has finally appeared on Xbox Series consoles. The time-travelling caper from Microsoft-owned Arkane Studios debuted as a PS5 and PC release last September - a time-limited console exclusive owing to a pre-acquisition agreement with Sony. That original PS5 release had some flaws but has been patched since release with additional content, visual fixes, and a new 120fps graphics mode. But with a fresh start on new consoles, has Arkane finally delivered a properly calibrated version of their first-person adventure? Is this the definitive Deathloop experience?

Deathloop is a curious game. Like many prior Arkane titles, it's superficially a first-person action game, but success depends on exploiting unique character abilities, stealth, and environmental hazards. It offers open-ended gameplay but not in an open-world environment - it's a tightly curated experience that still manages to excite and surprise. Making progress hinges on exploiting the game's central concept - a time loop that makes the game restart at the end of each day. It's not quite as strict as a game like Returnal, and it's structured as a more conventional single-player adventure. Still, this isn't a rollercoaster ride, and conquering the 'Deathloop' requires a lot of backtracking and patient exploration.

Technically speaking, this largely resembles a last-generation title. To be clear, it's not unattractive by any means, but the visual techniques at hand are generally in line with eighth-gen fare. Asset quality is reasonably high at least, and shadowmap and volumetric lighting quality is solid across all consoles. Deathloop isn't aiming for a hyper-detailed aesthetic, with stylized characters, lower-density textures and simple particle effects - and it does at least succeed in conveying its retro 60s look. Plus, in the year since Deathloop's original release, we've seen vanishingly few visually advanced efforts on console. Most software is still mired in the cross-gen era, with little visual distinction between current-gen and last-gen versions. So Deathloop is still keeping pace with general trends in high-budget games, outside of a handful of graphically ambitious outliers.

But let's move on to the console comparisons. There's a lot of ground to cover here, so to keep things simple we'll be going console-by-console starting with Series X's 60Hz modes, followed by the Series S and its two modes and concluding with the 120Hz modes available on PS5 and Series X

First up is the performance mode. Just like on PS5, this option compromises on resolution in order to target a 60fps update. We seem to be getting a dynamic resolution here that tends to operate between 1080p and 1440p with what looks like upscaling via AMD's FidelityFX Super Resolution (the spatial 1.0 variant, not the far superior 2.x 'sequel'). Image quality overall isn't too bad and this mode generally holds up pretty well on a 4K set, despite the relatively unambitious rendering targets. The upside here is that the performance mode on Series X is a locked 60fps as far as I can tell. Heavy combat in dense environments plays back perfectly fine, without any issues.

The visual quality mode at first glance seems very similar to its performance equivalent. The underlying visual settings seem quite similar and the image resolve in still shots doesn't differ that much from the performance mode, though resolution seems to operate in something close to an 1832p-2160p window. Just like on PS5, Deathloop seems to operate with a pretty high resolution floor, which does help to resolve distant details more cleanly but doesn't make a huge difference during normal play. The resolution boost does carry a substantial performance penalty. Curiously, the game still targets 60fps, though dips beneath that are frequent. Trips into the 50s are common during most combat and in larger environments, leaving the game looking and feeling less consistent than it should. VRR does clean this up for the most part by minimizing frame-time differences, but I'd still prefer the performance mode personally.

Finally, there's the ray tracing mode. Like PS5, there are two key RT features here: ray-traced sun shadows and ray-traced ambient occlusion. The RT sun shadows do look quite good and showcase an accurate variable penumbra effect depending on the distance of the shadow-casting geometry. Some sections of shadow remain quite sharp, others become diffuse as they grow distant from their source, and some others - like the powerlines here - disappear entirely. It's a realistic looking effect, though it doesn't seem to apply to artificial light sources in the game.

However, the real star of the show is the RTAO - ray-traced ambient occlusion. This adds additional ambient shadow detail to virtually everything in the game. Pockets of shade pool around rock faces, in the corners of buildings, and at the base of vegetation. It has a substantial, if not transformative, impact on most areas with a much more realistic treatment of ambient shade than standard screen-space ambient occlusion can deliver, at the cost of some artefacting in motion, which was an issue on PS5 as well. Image quality in general is quite good however, with a resolve that generally looks about on par with the visual quality mode. Technically it seems to render slightly above that option, with a range of roughly 1944p to 2160p in busy scenes.

With two RT effects in play, Arkane cuts the frame-rate target to 30fps. Thankfully, I couldn't spot any dips or inconsistencies during gameplay, so it does feel very consistent - unlike the PS5 version at launch (though that version's inconsistent frame-rate cap has since been fixed). My only real gripe here is that the camera motion blur setting doesn't apply much blur at all to broad camera movement, making the game feel a bit choppier than it should during fast combat.

Talking about the balance of resolution and frame-rate more generally, the performance mode seems to dynamically lower pixel counts more often on Series X than PS5, while bizarrely, the visual quality mode runs substantially better on Series X, with a circa 5fps advantage in typical play. In practice, the two consoles don't have much to distinguish them.

Xbox Series S? There's no RT here, just performance quality modes, both at a dynamic 1080p - I saw a 900p low on performance mode, along with visual downgrades and a 936p minimum on the quality alternative. Neither mode offers frame rates as consistent as we'd like. The performance mode is generally at 60fps, although intense scenes and larger environments can see it momentarily dip to the 50s. The visual quality mode falls short of 60 more often, struggling in the same spots but dropping somewhat more frequently and forcefully. Neither option is as smooth as it should be, but I'd certainly prefer the performance mode if given the option. VRR improves both options of course, but really I do feel like more consistent performance should be on the table here, even without a display that supports variable refresh.

PS5 and Series X also receive 1080p ultra performance modes, targeting 120fps. None of the other visual settings seem to take a hit, so this is just a softer rendition of the performance and quality modes available on PS5 and Series X. Performance-wise neither version hits 120fps especially often. Both PS5 and Series X spend a lot of time in the 70-100fps region during most gameplay, only really going above that during sedate moments. The most substantial difference between them comes down to vsync - PS5 operates without v-sync, while Series X has full v-sync enabled - at least by default (suspending the console and resuming removes it, bizarrely). Turning on any other visual mode re-enables vsync, requiring another suspension if you want to re-enable it. The on-screen tooltip does indicate that v-sync should be disabled in this mode, so perhaps this is something Arkane should take a look at.

There's a basic trade-off between the PS5 and the default Series X version here - the PS5 rendition comes saddled with intrusive screen-tearing, while Series X is more visually pleasing but a bit less fluid. I did notice a small frame rate advantage in favor of the Series X, though not a huge one - perhaps 10fps or so on average. Primarily this is a mode designed for VRR gameplay, I feel.

Deathloop is a fun game - and possibly the last hurrah for Arkane's idtech-derived Void Engine, with the studio seemingly set to use Unreal Engine for future efforts. The fundamental rendering tech doesn't exactly impress, outside of a very good implementation of RTAO. But the art looks good, the game oozes style, and it still holds its own against most of the cross-gen efforts that are so common nowadays. I do think the basic visual configurations leave a bit to be desired, however. The visual quality modes across the consoles offer questionable frame rates and are the default option when starting a new game. Some fiddling in the menus or VRR-capable TV hardware can address these problems but consoles are about a plug-and-play experience, and Deathloop presents a lot of complexity to the player.

The Xbox versions stack up basically as you'd expect, outside of those quibbles. Series X trades blows with the PS5 release, while Series S drops down to a 1080p target with mixed results. Ultimately, Deathloop on Xbox offers a decent enough experience, but not a great one from a technical perspective, with little to distinguish it from the prior console release. The Arkane magic is still there though - and that alone will be enough for many.