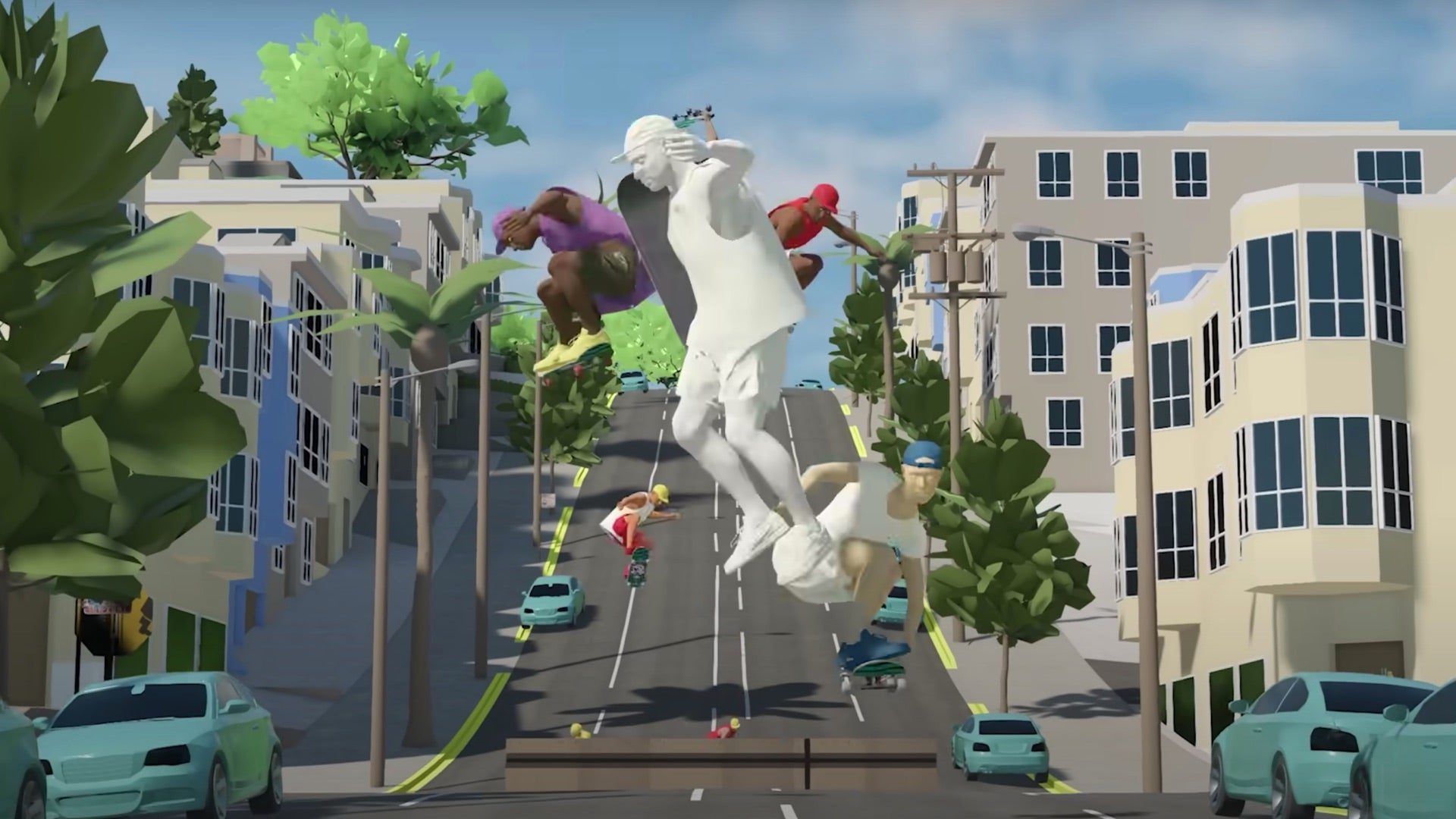 Fans eagerly awaited fresh news of EA's highly-anticipated new skate game have been given their wish, but it might not be quite what they were expecting. EA and developer Full Circle have shared a new 18-minute videoannouncing, among other things, that their long-awaited skateboarding revival will be a free-to-play live-service game.

Despite having variously been known as both Skate 4 and a Skate reboot since its development was announced in 2020, Full Circle now says the game "isn't a sequel, it's not a remake, a reboot, [or] a prequel." Instead, it's described as an "authentic evolution" of the series - one whose last mainline entry arrived 12 years ago - that reflects "where skateboarding and gaming is in the real world".

Full Circle also confirmed a final name in the form of "Skate." (that fullstop is here to stay), and a new setting in San Vansterdam - described as a sister city to previous games' San Vanelona.

Framing its free-to-play live-service announcement as a chance to "listen to [players] over the course of time, and put the features [they] want into it", Full Circle says the plan is to keep updating the game for "years to come", giving players something they can "regularly come back to and discover new things".

That means a regular influx of "new gameplay elements and tweaks, new content releases and events, and lots of seasonal drops", with skate supporting full cross-play and cross-progression across PC and consoles at launch. The same features will also be included in a mobile release - said to still be "pretty early on" in development - coming at a later date.

Inevitably, microtransactions will serve as the means to support continuing development, but Full Circle says it's taking its inspiration for its monetization model from games like Apex Legends where spending money is "mostly about cosmetics and convenience". To that end, it promises Skate won't be pay to win, that players won't need to pay to unlock any gameplay elements or areas of the map, that there won't be any paid loot boxes, and that there won' t be any paid gameplay advantages.

There's still no release date for Skate yet, with Full Circle only saying it'll be out "when it's ready". However, EA recently opened Skate's ongoing "pre-, pre-, pre-alpha" testing up to the "broader community" - which has resulted in a range of leaks - and while places will be initially be limited, Full Circle plans to extend Access to "more and more players" over the coming months. Those wanting to get involved can Sign up via the Skate website.