A new FFXIV fan video pays tribute to one of the most iconic and beloved Lord of the Rings memes in Square Enix's MMORPG, after the meme's creator passed away in March. If you were on the Internet in the mid-2000s, you will almost certainly be very familiar with Erwin 'Tron' Beekveld's Tolkien-themed earworm “They're taking the Hobbits to Isengard” – first uploaded as a video to the Albino Blacksheep website in August 2005.

the original video remixes several scenes from the second Lord of the Rings movie, The Two Towers, into an unreasonably catchy dance anthem. As the title suggests, it centers on Orlando Bloom's character Legolas shouting, "They're taking the Hobbits to Isengard!" The two-minute video gained huge popularity online, reaching the point where LOTR director Peter Jackson uploaded a video to his Facebook page of Bloom singing along to the track.

Now, FFXIV creators Plam & Switch have created a Final Fantasy XIV spin on the video, reimagining it as “They're taking the Lalas to Garlemald.” The video features a full re-imagining of the song and its video made in the multiplayer game. As you might have guessed, it replaces the Hobbits with the diminutive Lalafell, and Isengard with Imperial homeland Garlemald. You can watch it on their YouTube channelor down below – though be warned that the footage includes clips from the climax of the base A Realm Reborn campaign, as well as some minor Endwalker snippets.

Sadly, it was reported in March 2022 that the meme's original creator Beekveld had passed away at the age of 52 following a battle with lung cancer. Along with his most famous work, he also created many remixes of classic Commodore 64 themes. It's refreshing to see, then, that his legacy is still bringing people across the Internet joy seventeen years later. 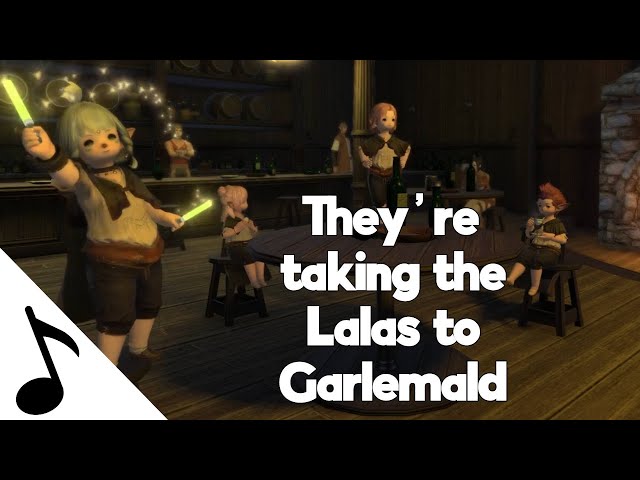 Elsewhere in Eorzea, Live Letter 72 is set for August 12 and we're expecting to get plenty of details on the fantasy game's upcoming 6.2 update – and perhaps an early release for the FFXIV Island Sanctuary feature, which turns the MMO into a farming game . If you want to lay your hands on some hard-to-get mounts and minions in the meantime, the FFXIV Moonfire Faire 2022 event is running until the next expansion launches.