God of War: Ragnarok is one of the most anticipated titles of the year. The fifth part of Kratos' adventures, and the second featuring his son Atreus, will most likely face a fierce battle with Elden Ring for the title of best game of the previous 12 months. Before that happens, impatient fans can pass the time with information about the upcoming game (although these have been scarce lately).

The source of the latest leak from the camp of God of War: Ragnarok is well known to the gaming industry - Reddit user AestheticGamer - or, as some prefer, Dusk Golem. The leaker, despite being in possession of many, much more interesting materials from the game, decided to share only a graphic depicting the alleged appearance of Odin (so far his character has appeared only in Mimir's stories).

The concept art is available below, although it should be remembered that these revelations have not been confirmed in any way by the developers. Therefore, we advise you not to take them as 100% confirmed. 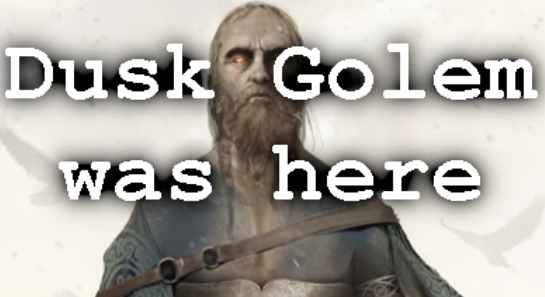 Interestingly, under the post by AestheticGamer many users left their own comments, disappointed by Odin's posture. Many of them expected an awe-inspiring character, and received a modest old man with a frail physique. Apparently, a repeat of the situation when Thor's appearance was revealed, who can boast a prominent beer gut.

And how do you guys rate the presented design of Odin? In your opinion, does the character in the graphic match the great god of war? Let us know in the comments.

Finally, let's recall that God of War: Ragnarok will debut on November 9, on PlayStation 4 and PlayStation 5 consoles..