Gotham Knights will reportedly release without Russian voicework or subtitles 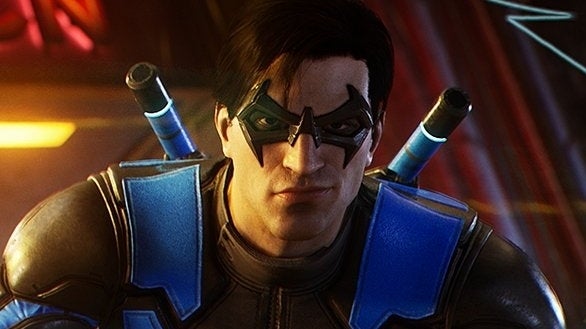 The Russian version of Gotham Knights has allegedly been cancelled.

That's according to The Happy Warriorwhich says sources at Warner Bros. Montreal have confirmed the publisher has canceled the Russian version "due to the political fallout from the Russian invasion of Ukraine".

The rumor is further compounded by confirmation that Gotham Knight's Russian sub-site has been taken offline; the URL now results in a 404 error (it was still live as at 12th May, according to archive.org). Similarly, the Steam page makes no mention of Russian-language support, hinting that both Russian voicework and subtitles have been removed (thanks, VGC).

It's also thought that options to play in the Russian language will also be removed from all versions of the game.

Warner Bros. has not commented formally, but a source reportedly said off the record that the company "is very afraid to upset the gaming press or cause trouble with social media".

Gotham Knights' development team recently addressed the criticism surrounding its depiction of Barbara Gordon. During a Q&A, fans asked more about the development of Barbara - aka Batgirl - following a backlash to her character's biography on the game's website, which described her as training to "recover from her wounds" so that she could "return to active duty as Batgirl".

Although Barbara Gordon is shot in the spine by Joker in the comic books, some fans criticized Warner Bros. for this description, saying it was a misused trope to have a character "overcome" their disability through heroic training and gritty determination.

We also recently learned that Warner Bros. has canceled the planned PlayStation 4 and Xbox One versions of Gotham Knights.