I bring excellent news for all fans of Gothic, who liked the atmospheric trailer of first game's remake, presented during the recent THQ Nordic Digital Showcase. Responsible for Gothic Remake, studio Alkimia Interactive announced today on Twitterthat the game's soundtrack will be composed by Kai Rosenkranz - creator of the soundtrack for the original trilogy from Piranha Bytes and the first Risen.

As you can observe in the video above, the name "Isaak Orkz Renn" is an anagram of the words "Kai Rosenkranz." If this turned out to be insufficient confirmation of the composer's participation in the work on the remake of GothicAlkimia Interactive published so his photo with the game's executive producer Reinhard Pollicewho on his Twitter account wrote: 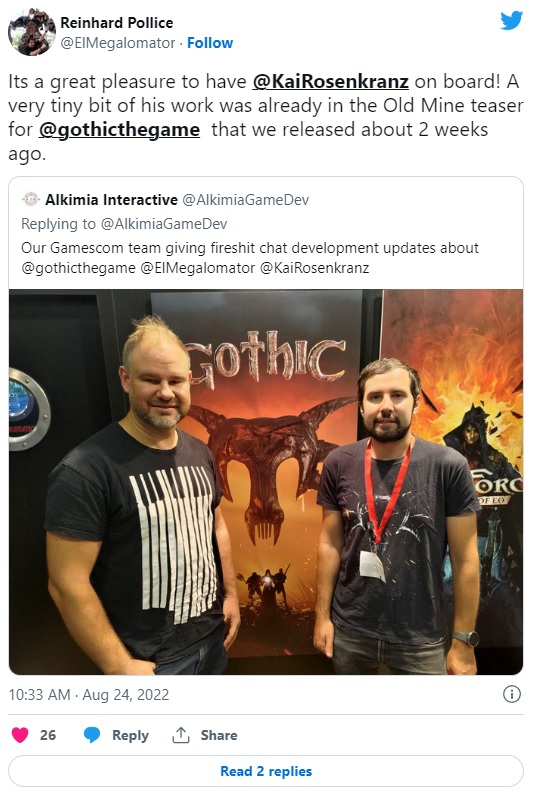 No wonder that this teaser was so atmospheric. Let's just hope the gameplay matches its quality. And since Alkimia Interactive is present at this year's gamescom, there's a shadow of a chance that we'll see one in the days to come.

For the record, let me add that Gothic remake is scheduled for release on PC, PS5 and XSX/S. When? That, unfortunately, we don't know for now.