Nobody Saves The World - As A Horse-Slug-Wizard Thing > NAG

Usually, I like my games like I like my Batmans - serious. I'm just not much of a joke person. I'm more likely to have nightmares about having to fake laugh at someone's lame joke than I am from watching horror movies. However, rules are made to be broken, and contrary to popular opinion, I am not entirely dead inside. When I saw the trailer for Nobody Saves The World and saw my partner's eyes light up like a kid at Christmas, I knew I had to give it at least a try… next thing I knew? I was hooked.

Nobody Saves The World is an RPG, but it's far from your typical. In this world, a calamity has happened, and everything in the world is under attack from monsters. The one with the power to restore peace once more is the world's most powerful wizard, who has gone missing as luck would have it. Players start off controlling Nobody, a weak, apathetic and pale amnesiac who ends up with said wizards wand and using it must save the world. Sounds pretty simple right? It's not. 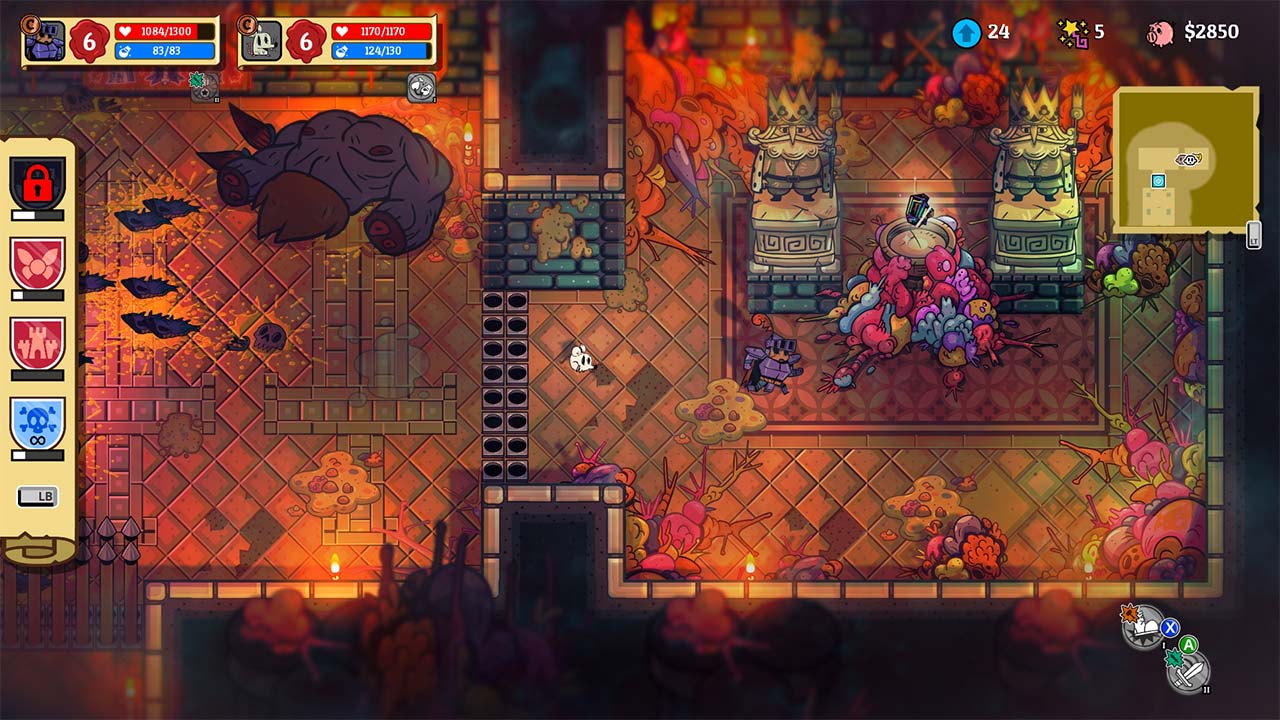 Using the wand, the player (or players if you choose to play with a friend), must transform themselves into a plethora of zany characters, each with their very own traits and abilities that can be shared.

No matter which character you choose for Nobody to become, the formula is always the same. Each character starts with only one ability, but new skills are unlocked as you play them and complete challenges along the way. You'll have to spend time swapping between all the characters as some parts of the map, and some quests require specific characters to complete.

As you explore the supremely massive world and the procedurally generated dungeons within it, you will unlock quests that need to be completed to progress. These quests can range from as simple as kicking “badies” to death as the horse or finding a way to bring a slugs' dead wife back to life again. The game should last you between 14 and 28 hours depending on playstyle, and honestly, there are worse ways to pass the time. 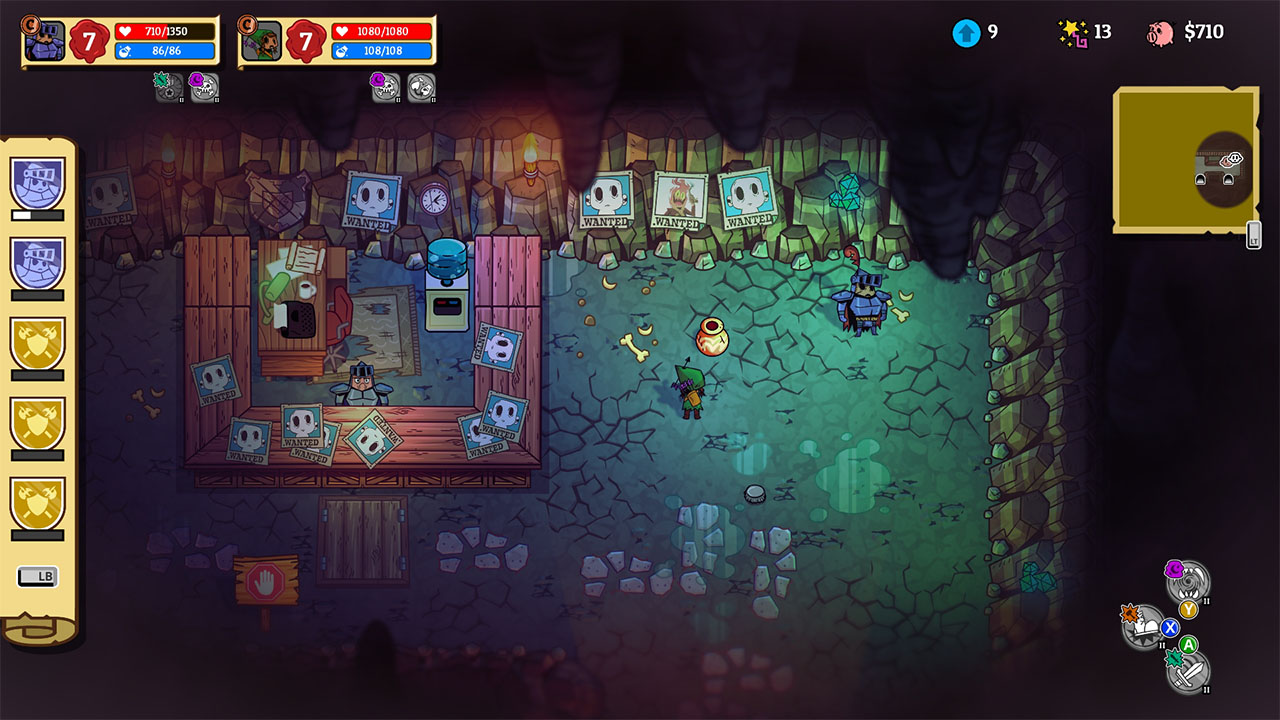 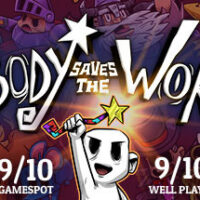 Nobody Saves The World

Rumors of my dislike for silliness have been greatly exaggerated. Nobody saves the world is nothing if not silly, and I absolutely loved it. If you've ever sat around and thought to yourself, "Damn! if only I could be a slug but with the powers of a wizard", then Nobody Saves The World has got you covered. Flight your way through the game as a slew of ridiculous and badass characters or play as Nobody and upset your dungeon partner when they are pulling out all the stops, and you're just standing there armed with the worlds most pathetically weak slap. It's amazing and the silliest RPG around.

Trust me guys, this game is seriously fun

No split screen co-op. So while I could (and did) enjoy the game with a partner, we weren't able to sit next to each other and invade each other's personal space while playing