Shall I compare thee to a summer's day?
Though art more RGB and more haptic.
Mine ears do shake the darling buds of M… September,
And reviewers lease all too short a date.

Although cute and all, comparing headphones to summer days doesn't really give out much information. So, what I shall do, instead, is compare the Razer Kraken V3 Pros to the Razer Kaira's that I recently had hanging around my neck. It's only fair to compare Razers with Razers right? This isn't going to be a point-for-point kind of comparison though, more like a comparison of the experiences I had with the Kraken vs the experience I had with the Razer Kaira.

First off, I really enjoyed the Kaira, and if you want to find out what I had to say about it, you can find the review here. So when I heard I was getting a set of the Kraken V3 Pro to play with, I started salivating. Who wouldn't? Have you seen these things? Holding back my drool, I opened up these bad boys and went straight into gaming… Ok, maybe I downloaded the Synapse Software first and enabled the THX Spatial Audio BUT THEN, straight into gaming! 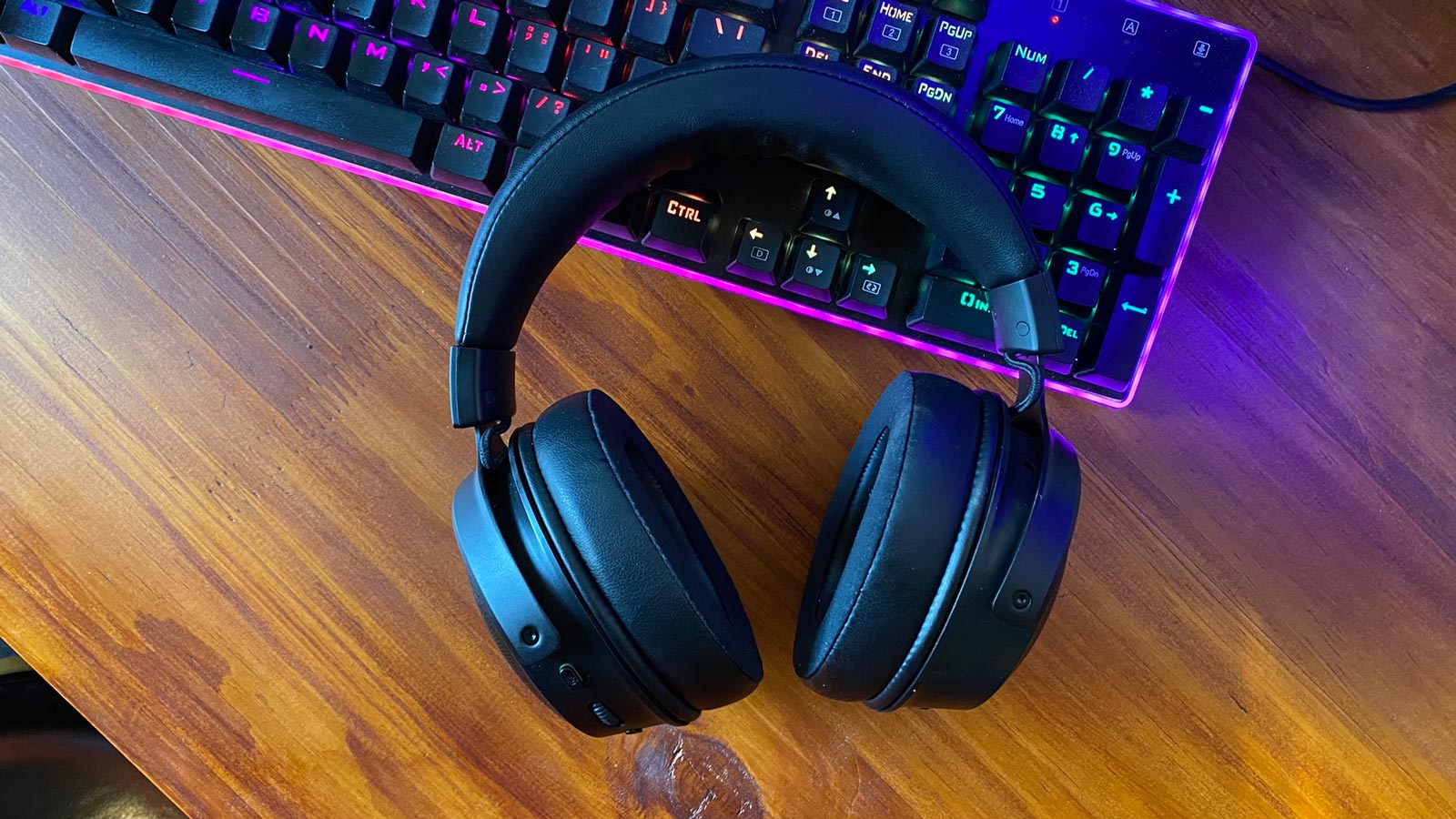 If you don't know, the Kraken V3 Pro comes with Hypersense, which is basically vibrating feedback for your ears. It's weird, at first. It took me a little while to kind of get the feel for it, but still, I only put it on if I want a real immersive experience. It was the first thing I turned off and had to ease myself into it. “Ok”, I thought, “this is fine, it's just a vibrating thing that's new to me, I'll get used to it. These are still going to be better than the Kaira”. Then I noticed the Spatial Audio did some reeeeeal funny stuff with the music. I was pretty sure it was changing the volume every time I moved my head around and, honestly, it got a little annoying, I'm not really sure how Spatial Audio should work on music, but it's not like that. The next thing I noticed was the RGB lights doing some crazy disco on only the red colour? Oh man, I was almost ready to give up right there and then. But there's no way a premium Razer headset could just... be terrible right? Right. I did a little bit of reading and digging and playing, turns out that the Razer Kraken V3 Pro is quite a sophisticated little piece of hardware.

Within the Synapse software, I was able to disable the Spatial Audio not only by Type (Music, Video and Other) but I could change it per application, so I was able to completely disable it for Music and a few games that didn't need the spatial audio, and I could leave it on for movies and for games I really did want the audio to be all spatial. The Hypersense feedback also has 3 different settings, low, medium, and high, so you can adjust it if it is a little too much. Even after finding out there were different intensities, I still kept it off most of the time. I feel like its best use case is for movies and single-player games where you want to be fully enlarged, the kind of enlarged where you don't shower all weekend long because you were literally living in another world, that kind of gross enlarged . I also figured out that the game I was playing was controlling my RGB lighting and it was flashing red the whole time because I suck at games and all I do is die, maybe this is why they only give me the hardware around here… 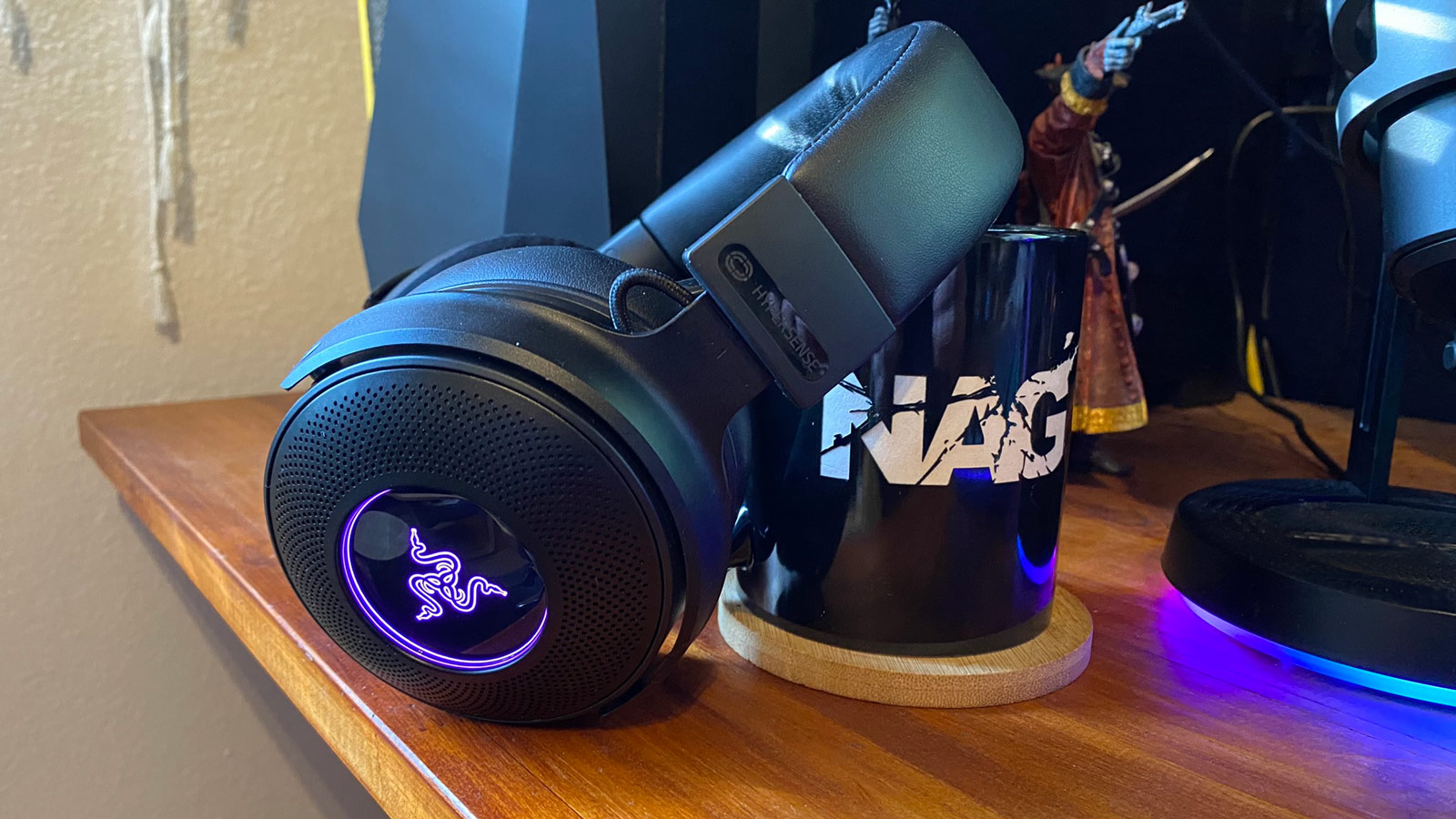 Lesson learned, I should have been a little gung-ho and probably read the manual a little before diving headfirst into these headphones, but once I had them all set up how I wanted them; lovely. A lovely pair of headphones, worthy of a summer's day. The Spatial Audio is an awesome experience and works really well in my opinion. The Hypersense, although takes some getting used to, is another tool that can suck you into whatever is on screen. I really enjoyed these headphones and slowly realized that I couldn't really compare them to the Razer Kaira. They're two different headphones that are used differently. Yes, I could say that the Kairas were super-lightweight and the Krakens have a heft to them, but both headphones are comfortable in their own way. The Kaira felt like, well nothing, and were easily portable between a variety of devices and the Kraken feels like I'm locked out from the outside world, and when you think about how the Krakens are creating an experience where you're fully engaged by what's in front of you, it makes more sense that they would feel that way. 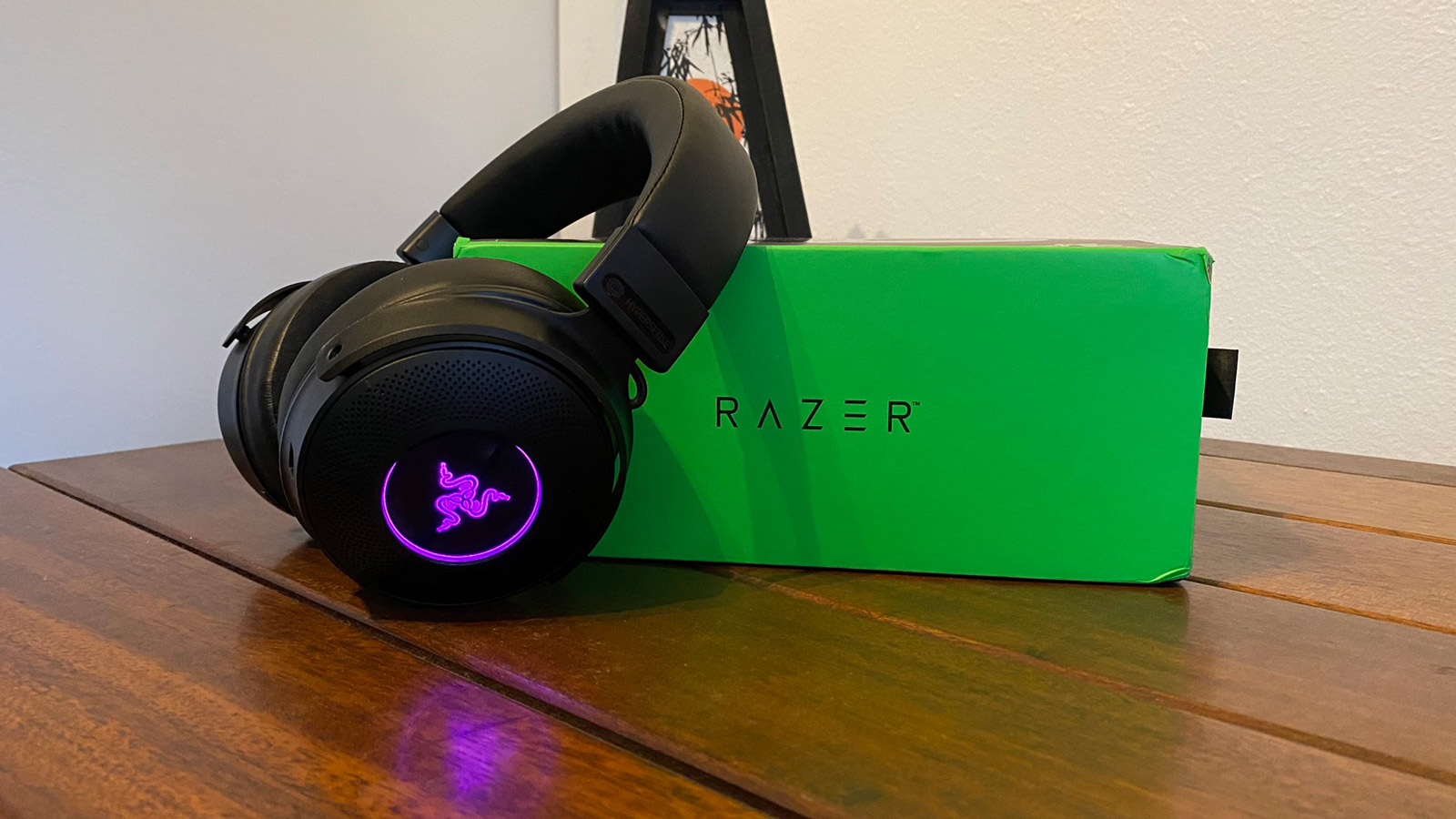 So, comparison tossed aside, let's look at the Kraken as a headphone set of its own. They have everything I enjoy in a headset, no wires, a detachable mic, and more. They feel premium when you hold them in your hand, and they're comfortable on your head. When you look at them as another device to enhance your gaming experience, you can see that they have been meticulously designed to fit that role. Once you're jacked into the Matrix, there's no coming out, except, maybe when the battery dies after 11 hours (with RGB and HyperSense on). Actually, you'll be jacked out of the Matrix a little bit sooner than that, because when the battery gets low, the headset really lets you know with this annoying beep-boop that kicks in every 5 seconds. Rather just go deaf than try to endure it.

If you're looking for a headset that's going to amplify your experience during gameplay, and movies, then you'll want to check out the Kraken V3 Pro's. They're an amazing headset without all the fancy doo-dads setup and they're even more immersive when you switch the fancy doo-dads on. Just, read the manual first.

A truly immersive tool, not just another good headset.

RGB can sync up with your game.

Spatial Audio is all it's cracked up to be.

Not a fan of the beeps and boops, the Kairas had voice prompts when things happened.