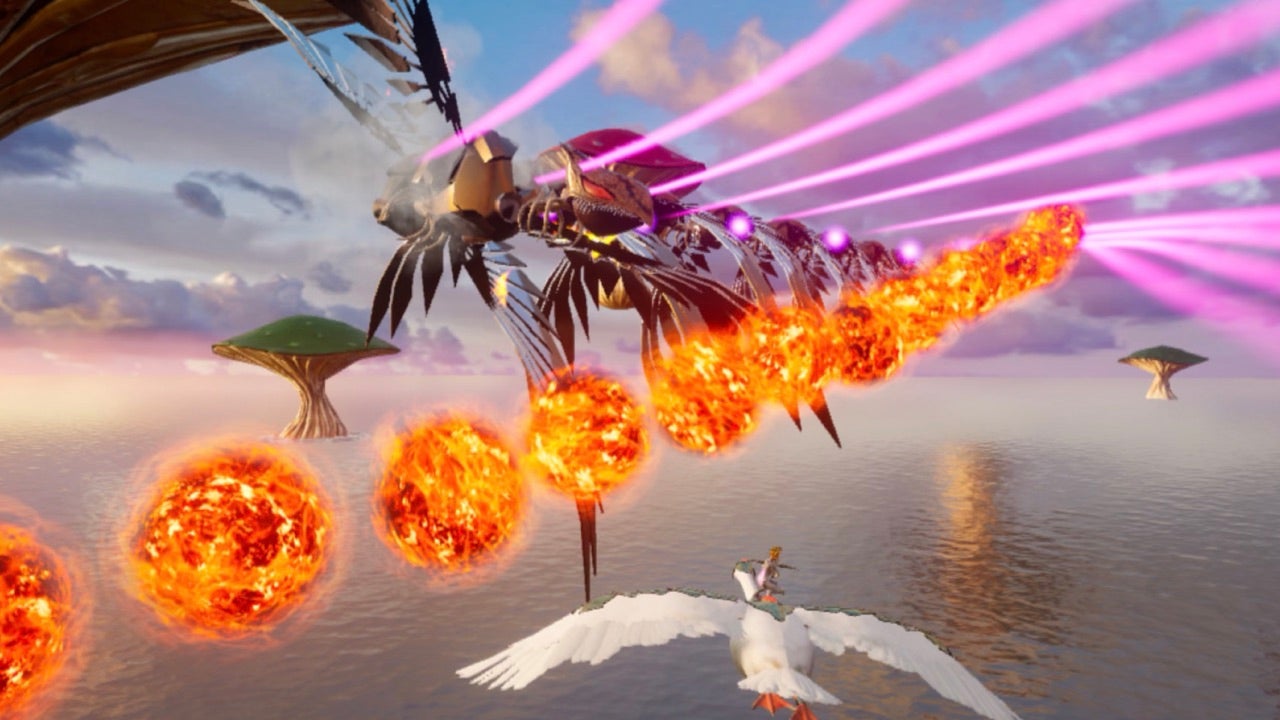 Yu Suzuki - the legendary designer behind the likes of Sega classics Shenmue, Virtua Fighter, OutRun, and Space Harrier - has unveiled new 3D shooter Air Twister, which is making its way to Apple Arcade on 24th June.

Air Twister is a fantasy "swipe" shooter - developed by Shenmue 3 studio YS Net - that asks players, in the role of Princess Arch, to battle alien invaders and save their planet from destruction using their trusty homing arrows.

As the trailers reveals, there's a definite Space Harrier vibe to the whole thing - with a touch of Panzer Dragoon thrown in when our lead takes to the skies on the back of a giant swan - and, according to an interview attended by GameSpotAir Twister is based on a fantasy shooting game Yu Suzuki envisaged in the 80s, before he adapted the idea into Space Harrier due to the technical limitations of the time.

"This is my ideal fantasy shooting game," Yu Suzuki told attendees. "I think when you play it, you will see it has a much different feel."

Air Twister promises 20 enemies and 10 unique bosses across its 12 stages, alongside new modes (unlockable by collecting stars) and ranked leaderboards. It'll also be possible to plug in a gamepad for a more "arcade-like" experience if you want an alternative to the touch controls.