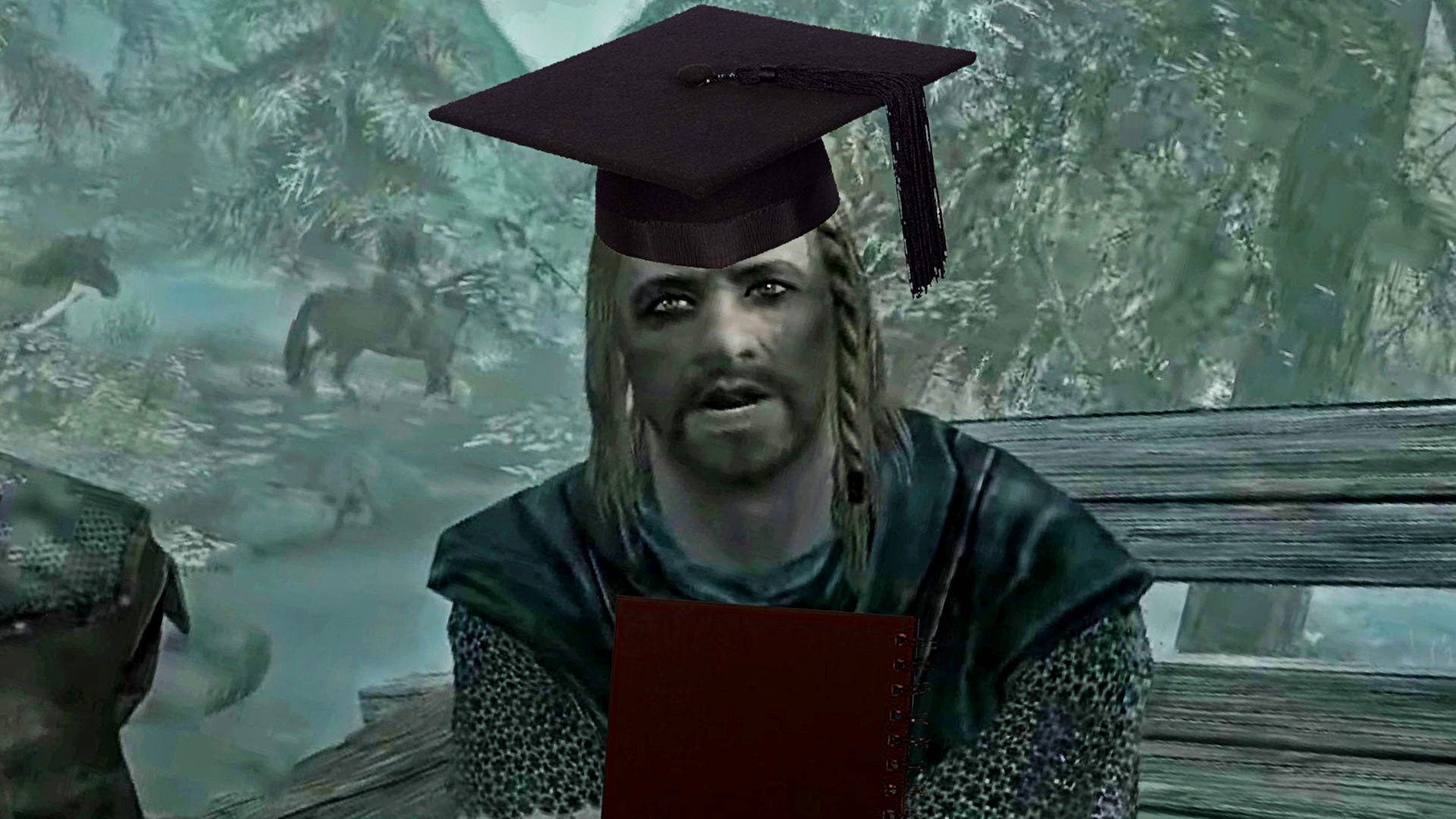 If you've ever considered yourself an Elder Scrolls lore expert, this Skyrim mod wants you to turn that RPG game knowledge into in-game history books. The Scholarship of Skyrim mod tasks players with becoming a real in-world scholar, allowing you to research various ancient cultures in the fantasy game before writing a thesis about them that will also award additional bonus stats when completed.

the Scholarship of Skyrim mod, by creator Zamio1, hopes to lean into players' itch to uncover more about some of the mysterious ancient races and cultures that can be found dotted around the world of the Elder Scrolls game. Players can tackle their research in various ways – reading pre-existing books, talking to fellow scholars who may specialize in a given topic, and ultimately heading out into the field to get some hands-on experience.

Currently, there are three cultures available to focus on, though Zamio says they would like to include more over time. Players can research the underground-dwelling engineers the Dwemer, with their robotic craftsmanship and impressive underground architecture. They can dig into the Falmer, a previously prosperous culture who were said to have maintained a large empire before their downfall. Finally, they can learn more about the Ancient Nords who inhabited Skyrim long ago, before the arrival of the modern era.

Among the suggested future topics are the Sword-Singers - a group of legendary swordsmen from the land of Yokuda to the west of Tamriel - along with distinct research on some of the other lands that lie outside Tamriel itself and, of course, the opportunity to research the history of Dragons.

Your research into your chosen topic can take various forms. You choose to start off in the Arcanaeum at the College of Winterhold, reading books to might establish a base of knowledge about the topic. Then, you can seek out various scholarly peers located around Skyrim, who will entrust you with tasks to help further your combined understanding. Finally, you can undertake valuable research by visiting suitable locations such as dungeons. What better way to truly comprehend the knowledge of the Dwemer, for example, than to explore their ruined cities for yourself?

Eventually, you'll pour everything you've learned into a thesis - writing it down in the form of an in-game book. The quality of your final product will of course be heavily impacted by your research, but you will also improve as a scholar with each book you write, meaning that you're encouraged to pursue further research after each completed project. In addition, completed books will defer a selection of additional bonuses, ranging from relevant combat buffs to the ability to summon minions such as the Chaurus Hunters once tamed by the Falmer, or even a Dwemer Centurion.

If you fancy a bit more learning, how about turning Skyrim's College of Winterhold into an actual school? Or maybe you'd rather take a break and grab a delicious Skyrim hot dog? If you want to get tricky without the use of third-party tools, we have all the Skyrim console commands and cheats to let you manipulate the open-world game to your heart's content.