Sony is keeping things in-house for the first in-person iteration of the Evolution Championship Series (Evo) that is being operated under its ownership. The company's new gaming gear brand INZONE will be a premier partner for both Evo 2022 and beyond.

The INZONE brand, which was unveiled and launched today, will serve as Evo's official monitor and headset for the event, replacing previous partners.

INZONE embraces the company's “expertise as a pioneer of audio-visual technology” to create a fully immersive experience that can provide players with total focus, according to Sony. This includes headsets with 360 Spatial Sound and monitors that feature high-resolution and high dynamic range picture. 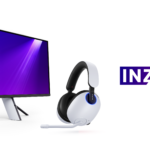 The Evo brand was acquired by Sony and management company RTS last March and they have run several online events, including a full online-only Evo 2021 competition and several PlayStation-specific tournaments using the tournament series' name. Now, Sony is leveraging the brand to advertise its INZONE products in front of the entire fighting game community (FGC).

“To make this announcement as part of the global launch of INZONE is another example of the momentum that is building for Evo 2022,” Evo GM Rick “TheHadou” Thriller said. “We're delighted to debut new technology for our attendees to experience fighting games with. Partners like INZONE from Sony support our mission of crafting great experiences for our players and fans.”

INZONE is listed as joining Evo as a premier partner for 2022 and 2023, including for Evo 2022, which will run from Aug. 5 to 7 at the Mandalay Bay resort and casino in Las Vegas.

RTS also wants to be managing digital assets across broadcasts and offline integrations for the event.