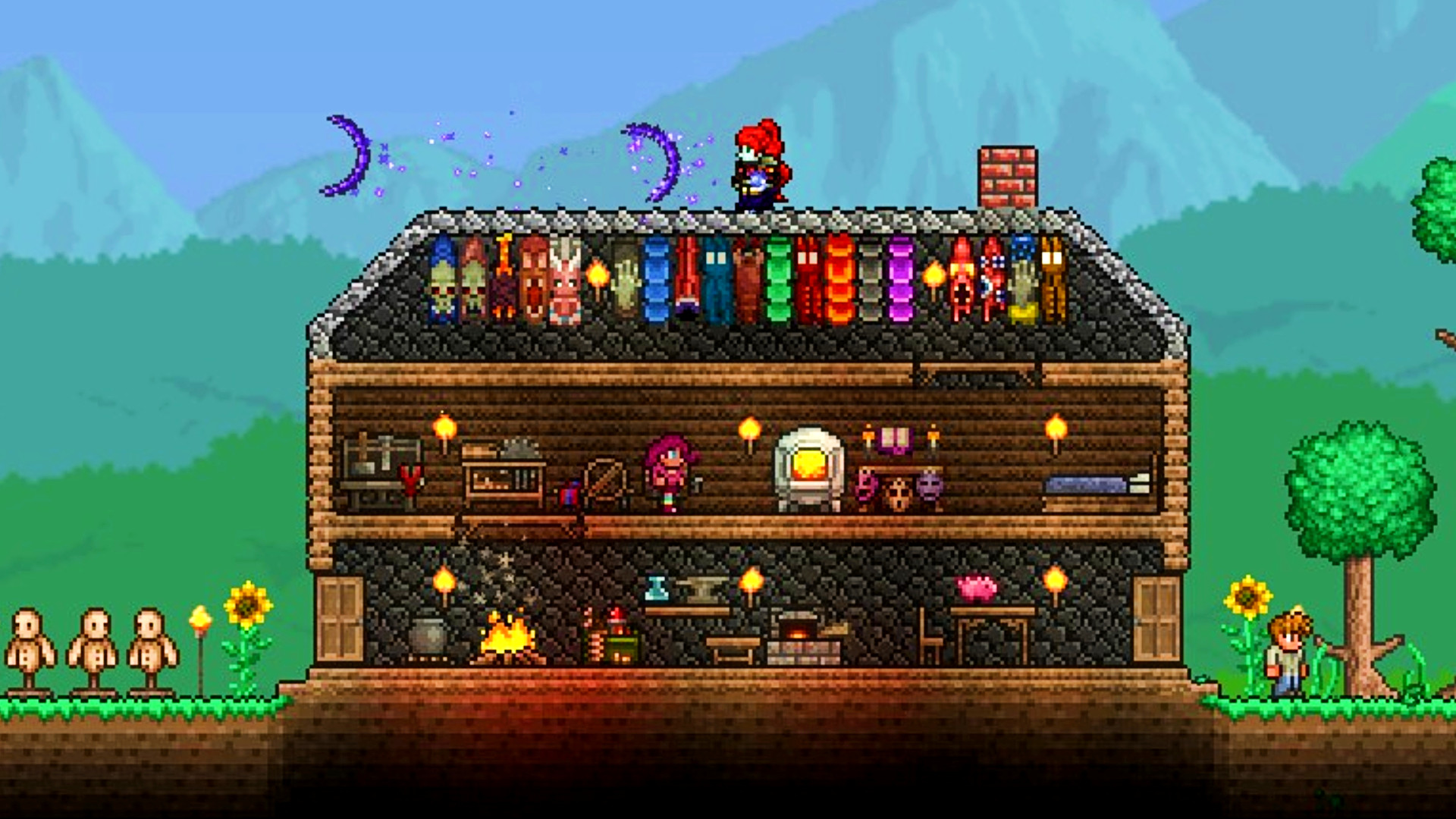 Terraria 1.4.4 is extremely close to being finished, according to a new developer blog about the Labor of Love update for the crafting game which also details major improvements to the functionality of the Void Bag storage item. The Void Bag, which is an extension of players' personal storage, is getting some very handy tweaks to make it more convenient to use.

the Terraria State of the Game blog for July, by Loki from developer Re-Logic, opens by stating that “Labor of Love has reached a point where we feel like the end of development is extremely close.” They say that the list of bugs and tasks are being whittled down and that, while they can't yet provide an actual release date, "it is starting to come into focus."

The main focus of the blog, however, is the new Void Bag update coming as part of 1.4.4. The Void Bag acts as an extension to a player's personal storage, functioning like a chest that you can carry around with you and store items in as you wish. Unlike other personal storage options such as the Money Trough, the Void Bag also has the ability to automatically store any items collected while your main inventory is full.

As part of the new update, the Void Bag can now be closed manually if you don't want it to automatically pick up additional items. While it's open, however, there is a whole raft of new functionality which allows the bag to act as a more natural extension of your regular inventory.

Firstly, any crafting materials contained within will be available for any crafting recipes without a need to directly access the storage or summon the void portal. Any healing, mana, or buff potions kept in the bag can be used directly via their respective quick hotkeys, and the Mana Flower's automatic potion use can also pull from there as well. The developers suggest that by toggling the bag's state between open and closed, a player could switch between two different potion loadouts at a time.

You can also now favorite items within the Void Bag – which is crucial, because also included is the ability to quick stack to nearby chests from the bag as long as it's open. In addition, a whole range of other useful items will function automatically when in an open Void Bag the same way that they would when in the player's inventory.

This improved functionality applies to all info-granting accessories (such as the Compass and Metal Detector); building tools including the Paint Sprayer, Presserator, and accessories which grant Wire, Actuator, or Ruler vision when in your inventory; the Guide to Critter Companionship; Keys (which can be used to open chests from within the Void Bag); and Wormhole Potions.

This all adds up to provide a pretty sizeable buff to player inventory capacity, making your journey around the world of Terraria all that much more straightforward. Also helping with that is a massive increase to inventory stack size which will see the cap on most stackable items raised from 999 to 9999.

It was also recently announced that the Labor of Love Terraria 1.4.4 update will feature equipment loadouts, as well as an update to the endgame Ankh Shield and the ability to transform your player character into a wolf. Stay tuned to PCGamesN for all the major news and updates about the indie game, including the 1.4.4 release date – as soon as we know it!