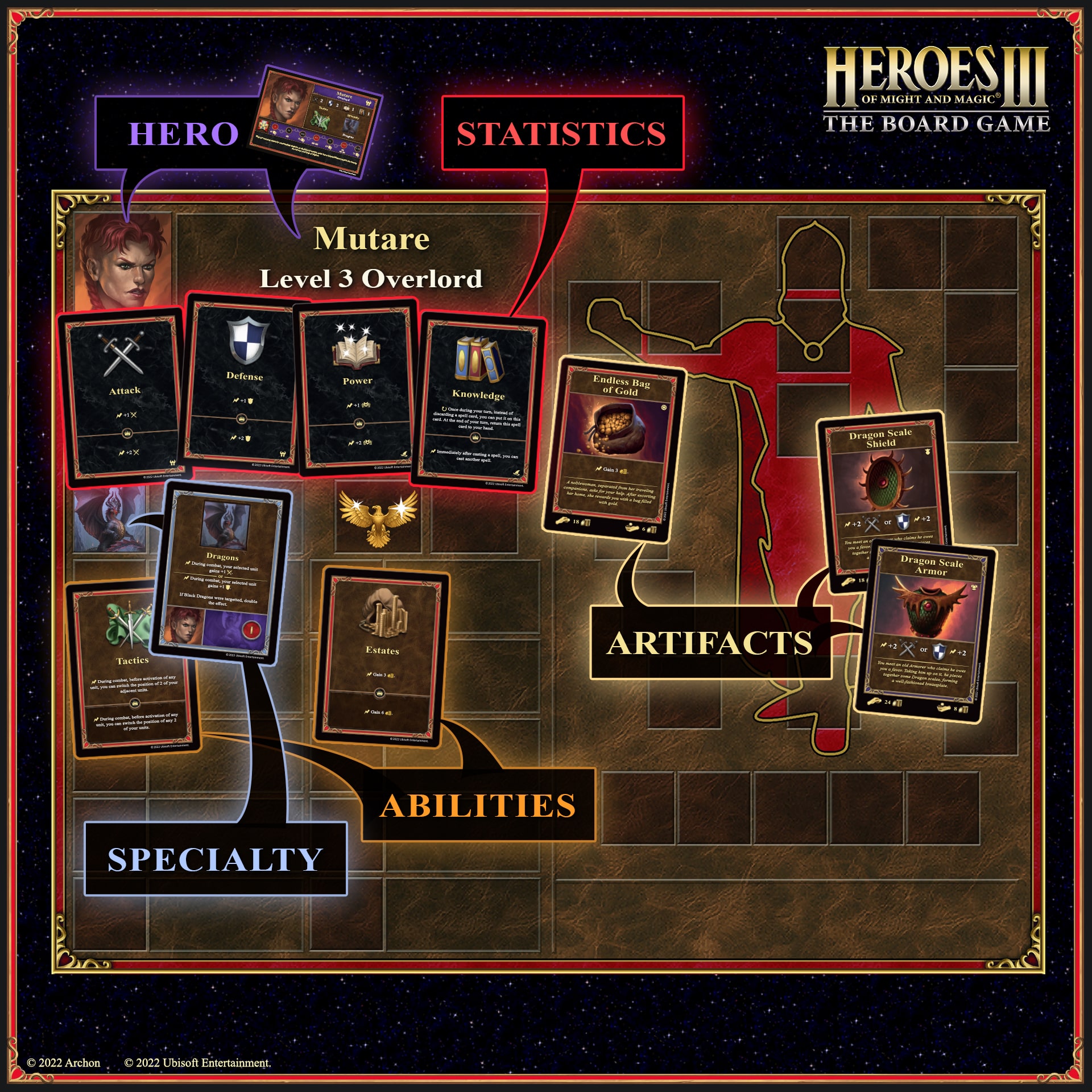 Heroes of Might and Magic 3: The Board Game, the upcoming tabletop version of the fan-favorite turn-based strategy, shared a new blog post dedicated to the translation of all the skills, artifacts, spells and more from the video game into something really handy.

Revealed last October, Heroes of Might and Magic 3: The Board Game aims to represent the beloved game in a tabletop campaign. The creators promise that the gameplay will combine world-exploring that uses hexagonal map tiles and the chess-like battle system representing the classic battlefields the series is known for. Players can choose the strength and solidity of the Castle or the wizarding tricks of the Dungeon… But facts are just a small thing of what makes Heroes into a masterpiece it is.

The next step after picking a faction is choosing your hero. And this is where the development of the have a dilemma:

“… To Play the Hero of Might Or the Hero of Magic? Which specialization should you choose? There are many other Elements During the Course of the Game - Leveling the Hero, Speccing Your Ability Tree, Choosing Artifacts and Obtaining the Desired Spells, and of Course, Maintance High Morale in the Army ... ”

The challenge of converting the above-mentioned elements into efficient mechanics of the tabletop version is something the developers had to deal with. Follow the link to the Official Blog Post to learn more!

The Kickstarter campaign is scheduled to kick off in November 2022. Stay tuned to find out more. To prepare for the arrival of the board game, it might be the best time to dive back into the Heroes of Might & Magic franchise! Check our list of the best fan-created add-ons for Heroes 3 if you decide it's time to restore Erathia, assemble the Armageddon's Blade or revisit Sandro in his quest for greatness.

You can also visit the Official website of the project to find out more.