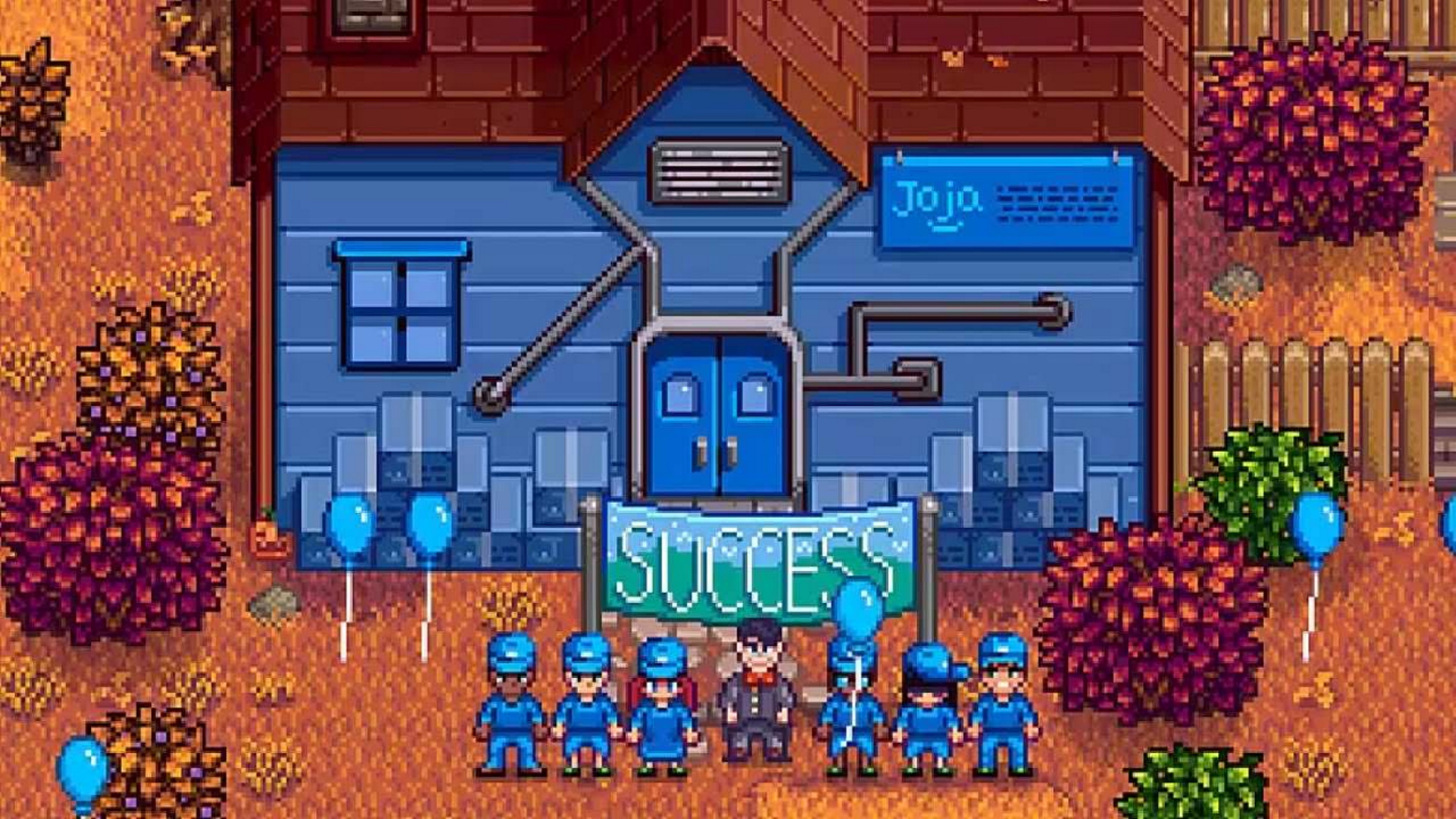 There's no shortage of ways to make money in Stardew Valley, and if you ever wondered how your hard-grown cash might equate in real-life terms, you're not alone. Reddit user Wind_Soull spent some time figuring out just how much wealthier they are than everyone else in the life game and what it would take to match the wealthiest person in the world, and picked some IRL equivalents for scale.

Assuming a flat $1 to 1g exchange rate, Whind_Soull estimates Jeff Bezos' wealth to be equivalent to 1,000 chests filled with stacks of 999 Starfruit Wine. Just focusing on valuable items such as diamonds wouldn't be enough to bolster the average farmer's wealth, though. Filling every square on the farm with chests containing stacks of 999 diamonds would, they figure, still leave you $35 billion short of being equal with the leader of not-JojaMart.

Here's where the math comes in. A greenhouse full of wine press-able fruits nets Whind_Soull $250,000 per week, while they can sell 80 Iridium Truffles for $100,000 per day. 320 crop tiles devoted only to the season's most valuable crops and a cave that generates gems daily nets them another $250,000 per day, enough to give up their entire yearly income in one go without ever having to worry about cash problems.

At this rate, Whind_Soull says they would be Bezos' financial equal in Stardew year 4,714, assuming he stops making money (which obviously he won't). If they liquidated their total assets at that point, they could buy enough gold clocks to put on every tile in the game and still have clocks left over – truly, the dream.

The post ended up gaining quite a bit of traction on Reddit, where comments took it surprisingly seriously. Most pointed out the problems with assuming equal exchange rates, especially in a world like Stardew Valley, where banana pudding is more valuable than a gold bar.

If you're not that into gold clocks, though, you might find tinkering with some of the best Stardew Valley mods a better way to spend your time. There's one that gives the dwarf a new town, one to bring an ice cream van to the village, and even an Animal Crossing-themed mod.