Two Point Campus - Who Knew College Could Be So Fun? > NOW

As with its predecessor, most of the time spent in-game will be spent doing things that give me anxiety in the real world but relax me in-game. You'll be juggling finances, worrying about others emotions, and constantly battling with running out of space. It's like a Tetris game where you're continuously punished for not having nice enough bathrooms available and not throwing fabulous enough parties. 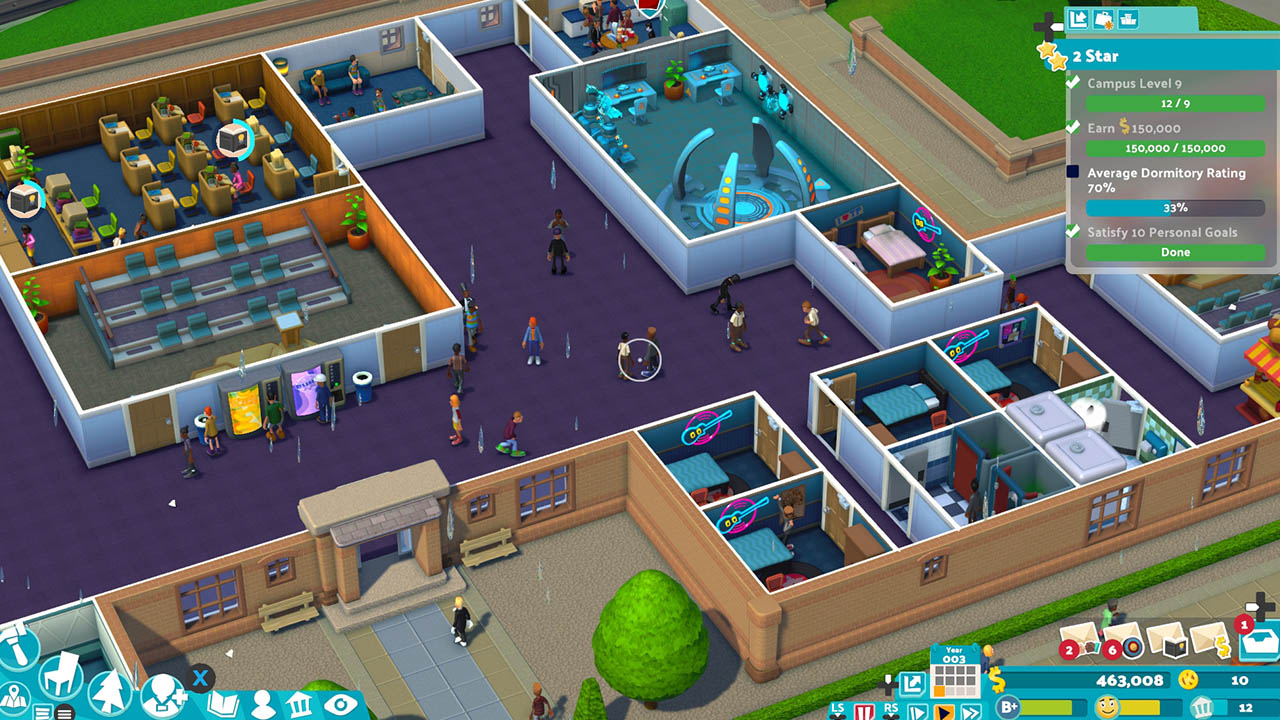 Two Point Campus is fun from the get-go, but the game truly shines with the included sandbox mode that lets you go wild and build the disaster you've always dreamed of using any of the 12 included plots. Want to develop a prim and proper Oxford-style haven of knowledge? You can. But you can also build a spy school that looks like a burger joint – the choices and level of ridiculousness are all up to you.

As you play through the game and unlock more campuses, each gets introduced through a story-driven scenario that includes its own unique rules. For example, you can find yourself on a campus where your budget is directly linked to students' entertainment level – forcing you to manage the ultimate party campus while still having your students pass their classes. It's an amusing system that keeps your first couple of hours in the game from feeling stale or boring. 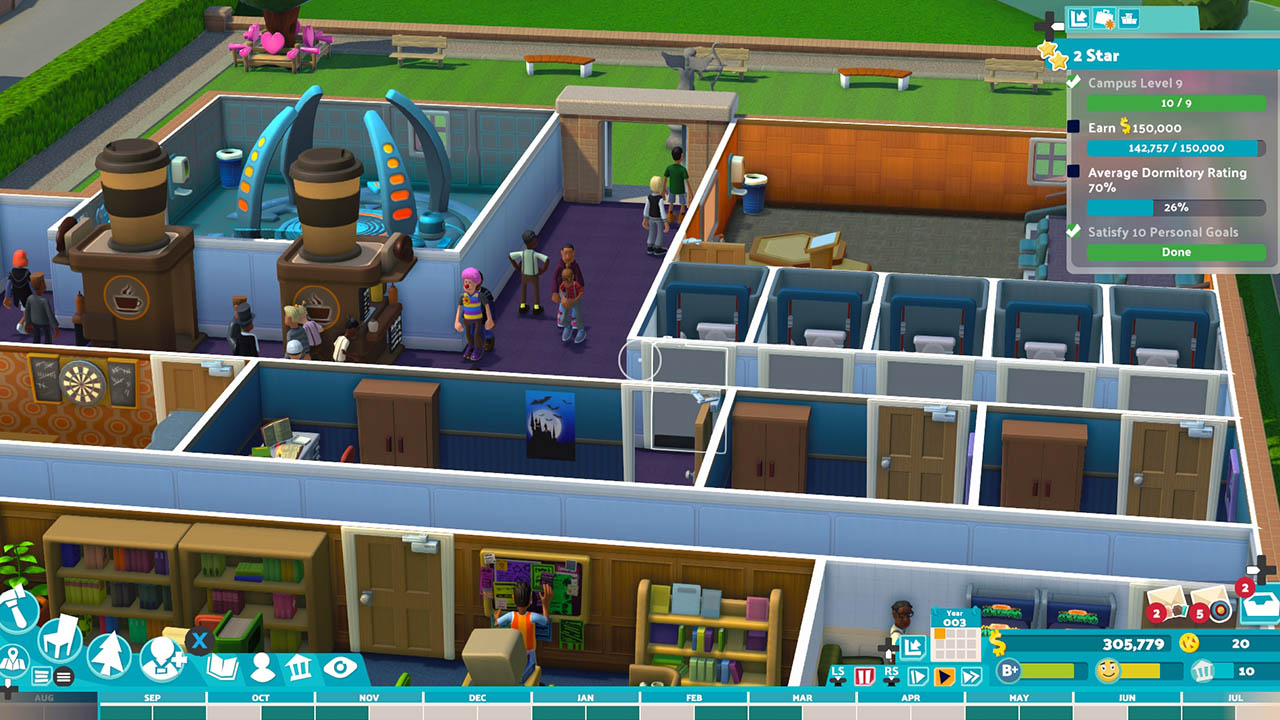 And not everything is fun and games either; Two Point Campus boasts a pretty deep management system where you can access detailed information about why particular students have low grades or highlight problems for you to figure out how to address.

Aside from unlocking different plots that look different and come with different rules, as you progress, you will also unlock different classes to teach at your campus. You can even compete against other rival campuses and compete for glory – and sometimes, there are even fun little minigames involved. 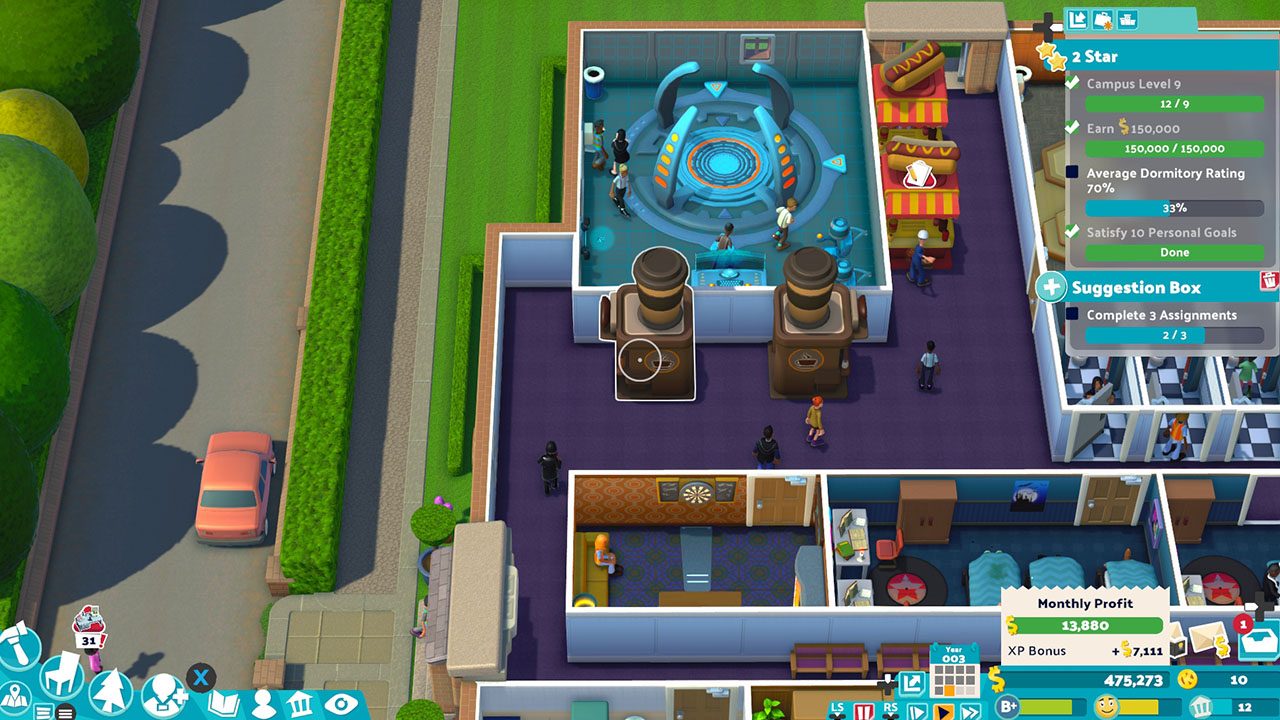 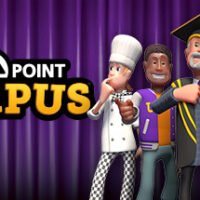 At its very core, Two Point Campus is a management game. That's all that truly matters, the art of balancing your student's happiness with your staff's needs while growing the campus and adding new courses while making sure grades stay up. It's challenging, fun and highly addicting.

It's included with Xbox Game Pass

The constant humor isn't going to be for everyone, but it helped cerement the theme for me. It looked like a game set on a college campus and sounded and felt like one too

The management aspect is genuinely addicting, and I found myself still playing long after I could have walked away

The game's biggest downfall comes down to the type of game it is rather than the game itself. Management games are, in my opinion, puzzles to crack, and when the machine is running, there is nothing left for you to do

I spent a glorious long weekend glued to my PC, binge-playing Two Point Campus, but then I was done, and I haven't returned to the game since