The head of Paradox Interactive, Fredrik Wester, decided to reassure fans waiting for Vampire: The Masquerade - Bloodlines 2. According to him, the title is "in good hands." However, he did not provide any additional details related to progress of work.

Wester assured on Twitter that work on Bloodlines 2i continues. At the moment, however, he has no new information to share about the project. News will be announced when the studio responsible for the game is ready for it - but this will not happen, unfortunately, at the PDXCON 2022 event, which Paradox Interactive has scheduled for early September. 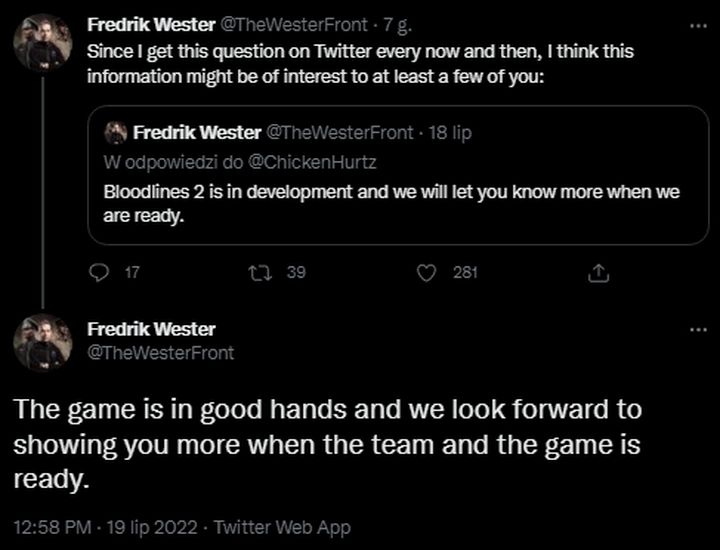 Vampires: The Masquerade - Bloodlines 2 has been announced three years ago and since then it has traveled a difficult road. Originally, the item was supposed to launch in the first quarter of 2020. However, the title was delayed several times. In addition, over time, Hardsuit Labs was abandoned by many of the creators responsible for the project, including screenwriter Chris Avellone (either that or they were fired). Eventually, the company was removed from development, and its place was taken by other team. At this point it is not known who is responsible for the project.